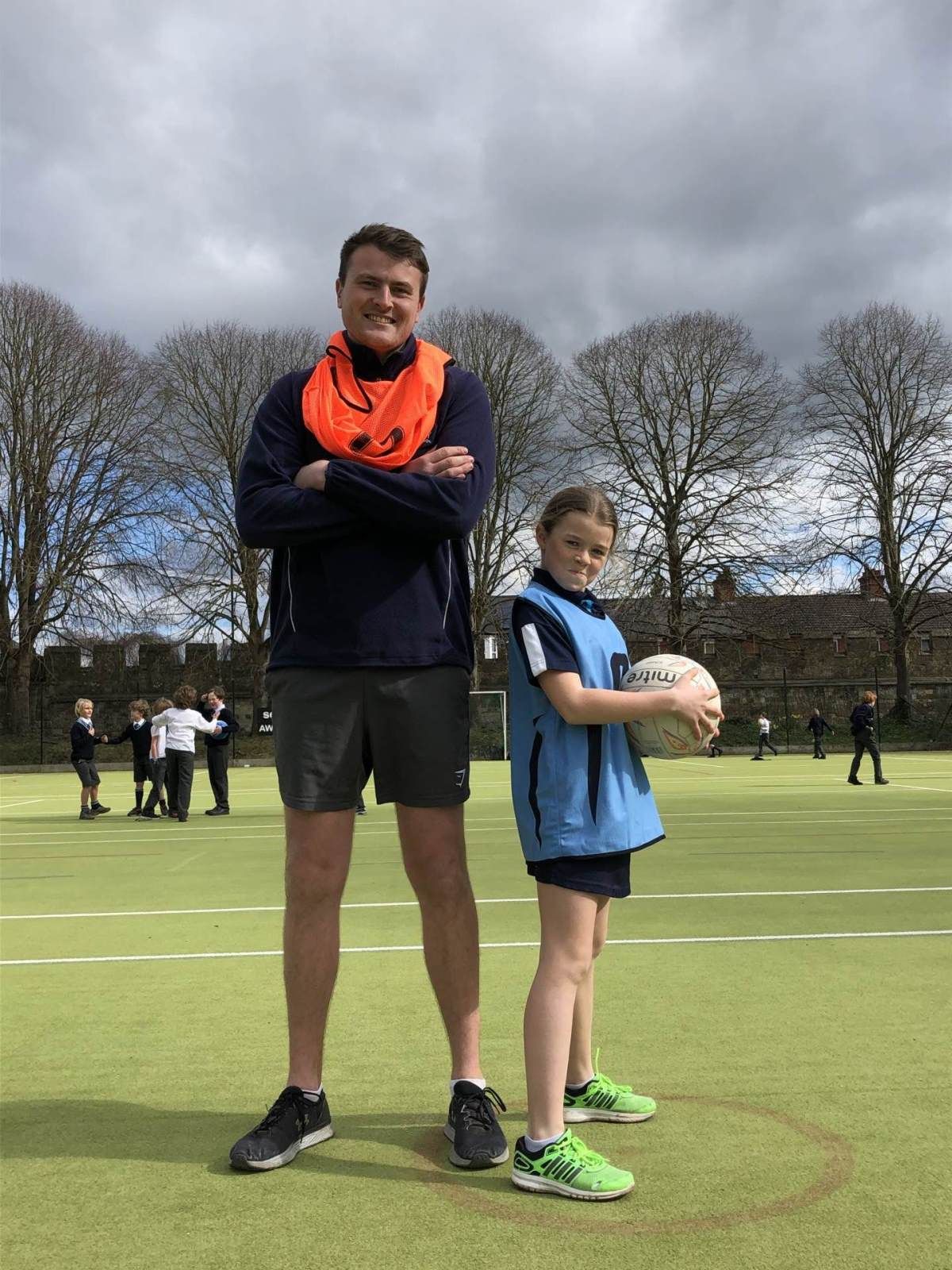 What better way to end the term than with a lunchtime netball match between the Year 7&8 girls and staff? It was fast and furious with more than a few tumbles (mostly staff) on display. Mr Reynolds and Mr Barnard eventually got the hang of where they were allowed to go and Mr Frost managed not to flatten any children today. The girls’ speed and agility more than made up for the tentacled arms of Mr Williams and Mr Frost. Amazingly the staff clinched it by one goal (final score 4:3) but the girls played a blinder.