As voice trials for 2023 girl chorister places got underway at Salisbury Cathedral last Saturday (21 January) three young probationers or trainee choristers prepared for their admission to the Choir as full choristers during Evensong later that day.

Matilda from Downton, who joined the choir this September, was admitted alongside fellow probationers (or trainees) Phoebe and Alice, both from Salisbury.

It was in at the deep end for the new choristers too. Following their admission to the choir on Saturday, all three sang at the Epiphany Devotion the following day (Sunday 22 January) and they will also be recording a Christmas album later this month.

David Halls, Director of Music at the Cathedral said:
“The girls have worked hard to earn their promotion and it is well deserved. They did a great job, along with the rest of the choir, at the Epiphany Devotion. The extracts from Bach’s Christmas Oratorio sounded wonderful, particularly with the period instruments. A performance to be proud of.”

Voice Trials for boy choristers are being held this weekend (28 January). To apply please go to the Chorister Recruitment page on the Cathedral website or contact JoJo Orange on orange.j@salisburycathedralschool.com or 01722 555300. 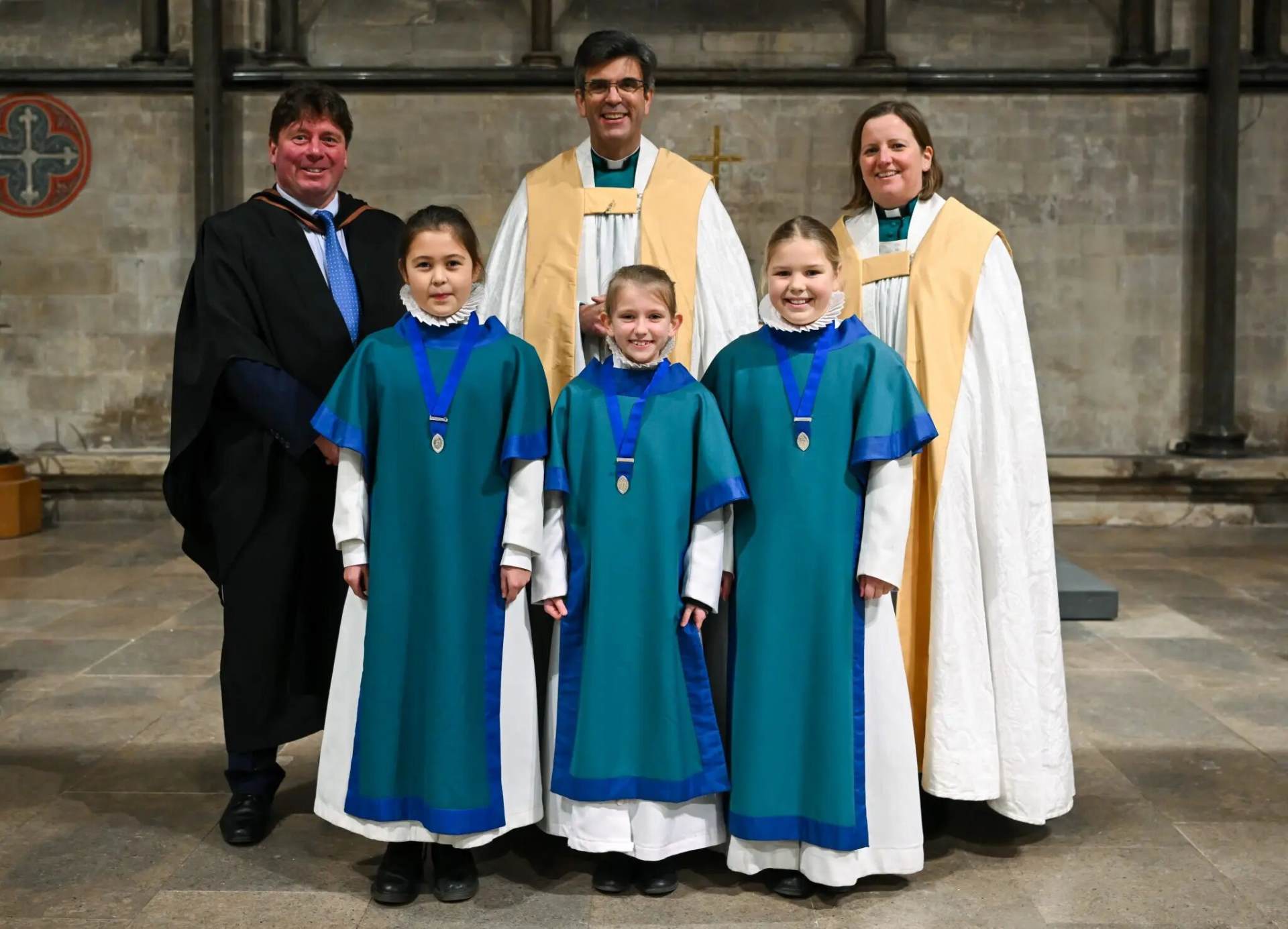