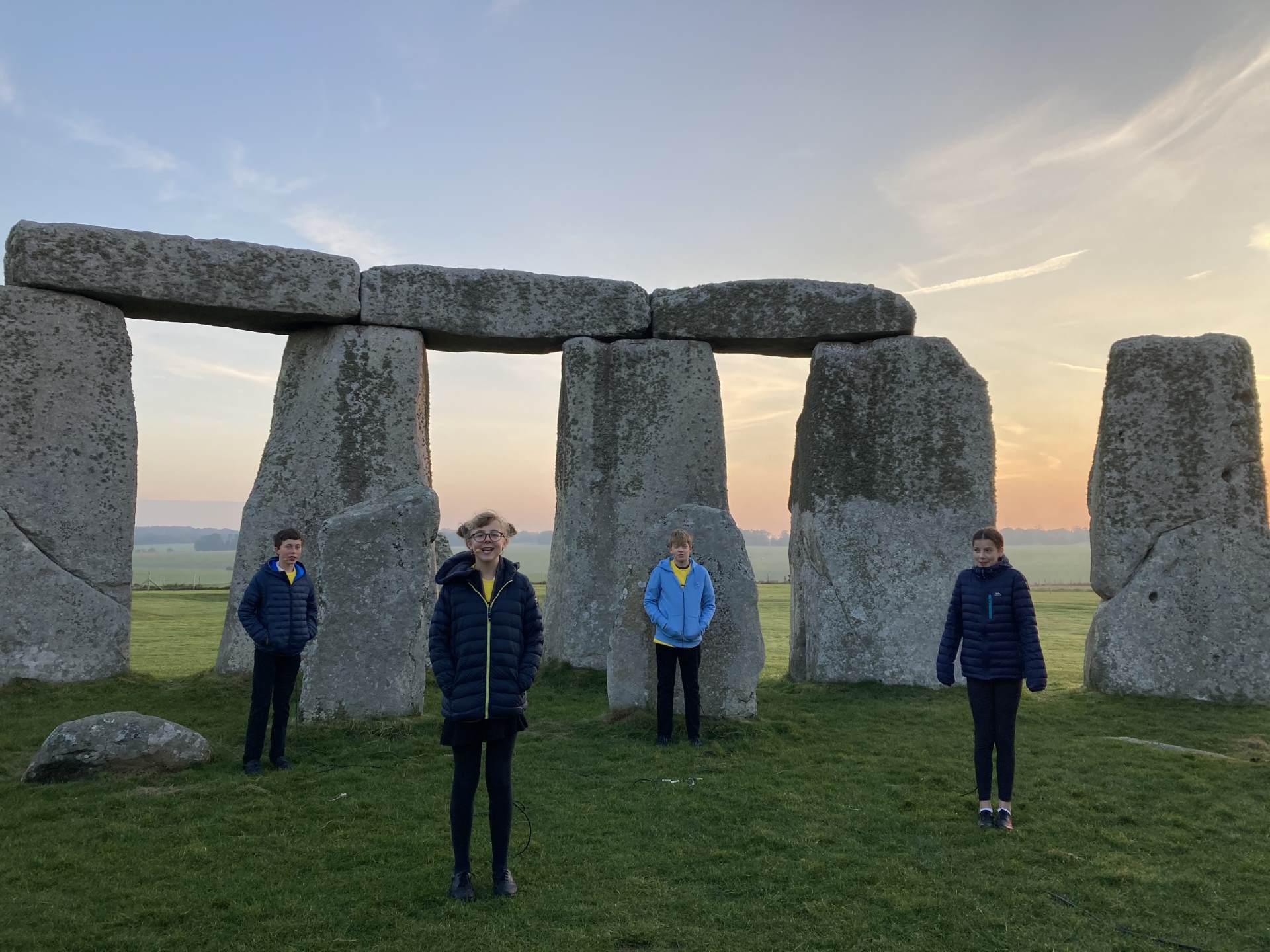 Every year for Children in Need, a choir of children is formed across the UK, usually involving thousands of young people. 4 years ago Seraphim choir joined in with this, and somewhere there is a great photo of Mr Marriott with Pudsey bear from this event! COVID put a stop to having a large massed choir this year, but this hasn’t stopped the BBC!  We were thrilled to get a call from the BBC just a week ago, asking if we could provide four choristers to sing for this year’s song, which will have around eight different locations around the UK with just four singers at each location! The Year 8 choristers’ names went in a hat, and Mrs Way pulled out four lucky names. Amelie, Jasper, Isaiah and Rosie had to quickly get to grips with memorising the words and music for the song, which split into two parts in places. On Wednesday this week, those children got up very early, and met a film crew at Stonehenge. We were allowed to go right into the stone circle, and were there as the sun rose. The children were filmed singing this year’s song, singing right next to the stones. It was absolutely freezing but they were so professional at all times and they had hot chocolate to keep them warm during a little break. One of the highlights was when the crew called Boscombe Down to get permission to fly their camera drone. At this point, the four children were the only people in amongst the stones! What a rare privilege this was! When we had finished filming, we returned to school to do a few takes in a silent room. It was such an exciting day, and well worth the early get up! Please look out for the song on BBC Children in Need on Friday 13th November.