Join us on 24 February 2023 for an incredible evening of live music with Catrin Finch and Aoife Ní Bhriain. 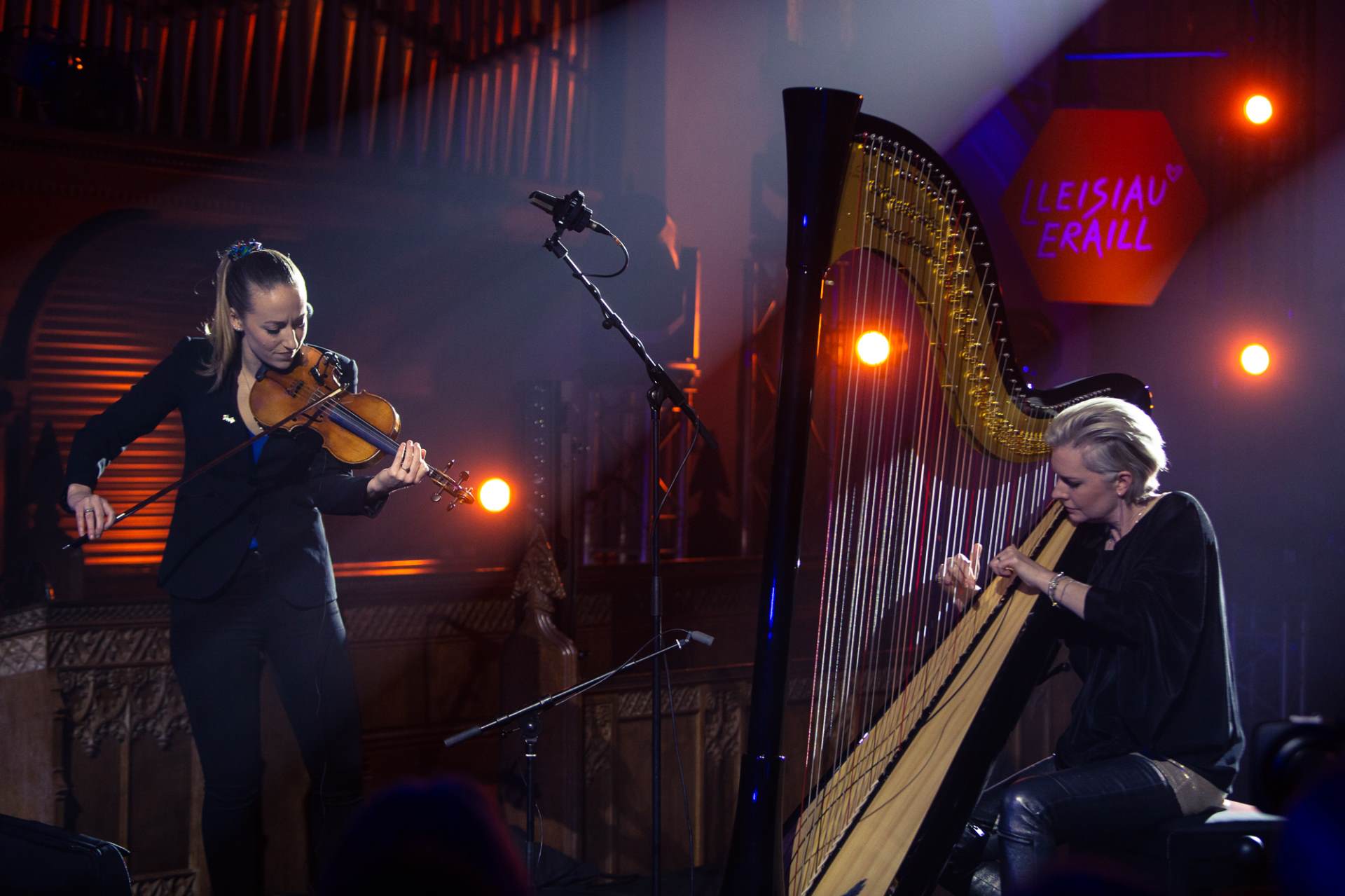 Dublin native Aoife Ní Bhriain is one of her generation’s most versatile and gifted violinists, a dazzling musician who commands both the classical world and her Irish traditional heritage. From across the Irish Sea and the west coast of Wales, harpist Catrin Finch has also built an impressive classical career and ventured into unchartered musical territory, most notably through her award-winning collaborations with Seckou Keita and Cimarron.

Together, Aoife and Catrin form a formidable virtuoso duo, eager to explore a musical world of creative possibility, challenge and discovery, inspired by a multitude of influences and linked by the cultures of their home countries. Their debut public performances at Other Voices Cardigan in November 2022 drew rapturous audience acclaim. Prior to recording their debut album, they now embark on a select few concerts previewing their extraordinary and original new material.

The concert is a A Mwldan Production. Photos by @Jennie Caldwell.